Coffee was classified in the rubiaceae family, including, in the vegetal classification system created by the Swedish Botanic Carlo Linneo, 4500 varieties, among which 60 species belonging to the Coffea genre. Only 25 species are more marketable thanks to their fruits but Coffea Arabica, Coffea Liberica, Coffea Robusta and Coffea Excelsa are the first 4 in coffee trade. 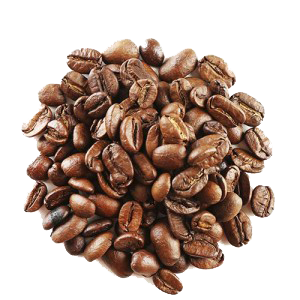 Coffea Arabica, coming from Etiopia and giving origin to Arabic coffee beans, represents about ¾ of global production and is considered the best coffee variety in the world.
The Arabica is a delicate plant, growing on high altitude only, it has green and sparkling leaves and can be 12 metres tall.
It is the best on a quality level: the higher is the altitude, the riper is the fruit and the richer in aromatic compounds is the beverage. Its delicate branches blossom at an altitude of 800-1200 metres, where only the equatorial areas offer the weather conditions for an healthy and luxuriant growth of the shrubs. The ideal temperature is 20° degrees. All the prestigious cru are Arabica’s and come from Eastern Africa and Southern America. The caffeina contents is lower than the Robusta’s, but the Arabicas are pleasantly aromatic, full-bodied, strong flavoured, agreeably sour, depending on their origins and preparation moods (more or less spicy, sour, cocoa flavoured).
Depending on the production areas and the varities grown, the Arabicas have different names as Brazil, Milds, Typica, Maragogype (appreciated for the big beans), Moka and Bourbon (very common in Brazil).
The most prestigious Moka grows mainly in Arabia, whose beans are rather small with an intense aromatic smell. The distinctive colour is mountain-green and the shape is flattened and extended.
At the end of 1800s the cultivation of the other species began to spread because a lot of diseases damaged and destroyed the Coffea Arabica in different areas. Since then other varieties have been chosen and selected in order to be put on the market with success. 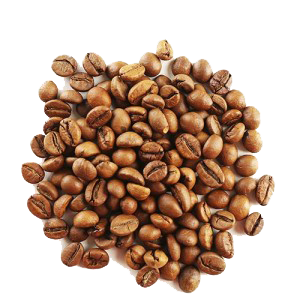 The Coffea Canephora, commonly called Coffea Robusta, is a strong and resistant shrub that can reach an height of 50 metres, suffers from not many diseases, stands insects and heat, grows at low altitude (200-800 metres) with great yield. Its branches grow like an umbrella, down to ground. During the year the blossoming is incessant. It was discovered in 1898 in Congo and nowadays represents about ¼ of global production: its fruits (drupe), generally smaller than Arabica’s, have rounded seeeds with a central straight groove, rich in caffeine, even if, after being roasted, are little scented. This variety, you can find in level plane too, has had a great success in trade, because, in addition to production’s wealth and system lower price, it stands diseases, remains healthy in poor conditions too. The Robusta fruits produce a mediocre coffee, little aromatic, very strong (bitter and woody) but more full bodied, with a higher caffeine content than the Arabica’s. Some varities, obtained by Canephora crosses, are very common in Indonesia, Uganda, Western Africa. Furthermore, the Arabusta, cross between the two Coffeas, Arabica and Robusta, was born. 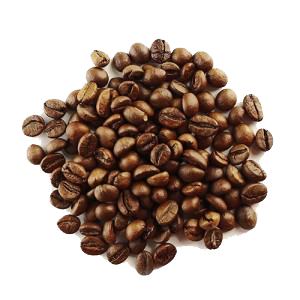 Coming from Liberia’s woods and Ivory Coast, is a beautiful, strong, luxuriant, long live plant with much greater fruits and seeds than Arabica’s, more resistant to parasites attack. It is a plant requering high tempratures and abundant water. For its features, the Coffea Iberica has been chosen as a graft in order to obtain new varieties you find in Ivory Coast and Madagascar.

From its beans, though lower on a quality level, you can produce a scented and pleasant coffee, till some time ago, its flavour was more appreciated in the Scandinavian countries.

The Coffea Excelsa, discovered in 1904, stands the attack of diseases and drought, its yield is very high and the aged beans are used for the production of a scented and pleasant coffee, similar to the Coffea Arabica’s.

Among less adaptable species, you find: